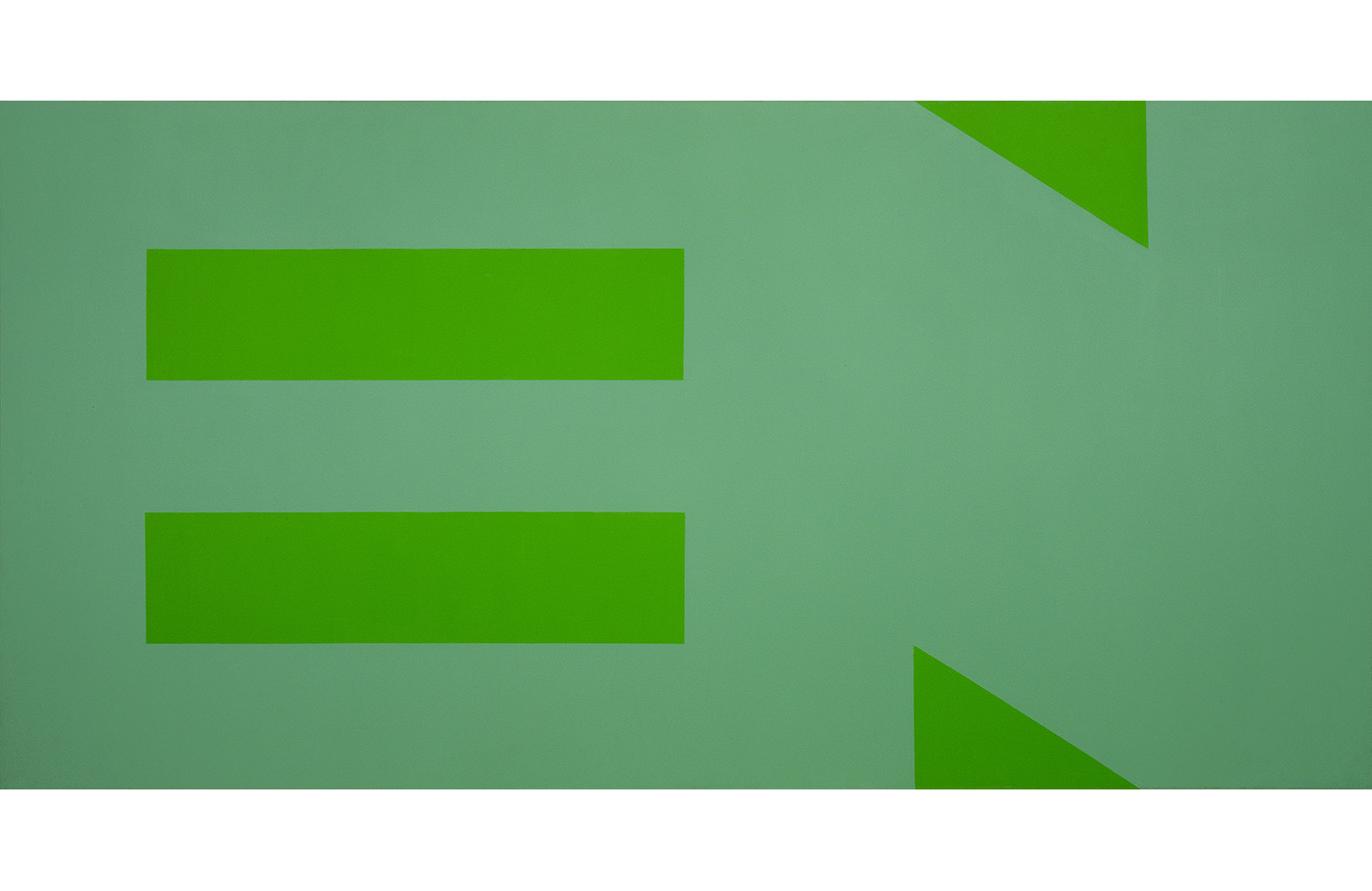 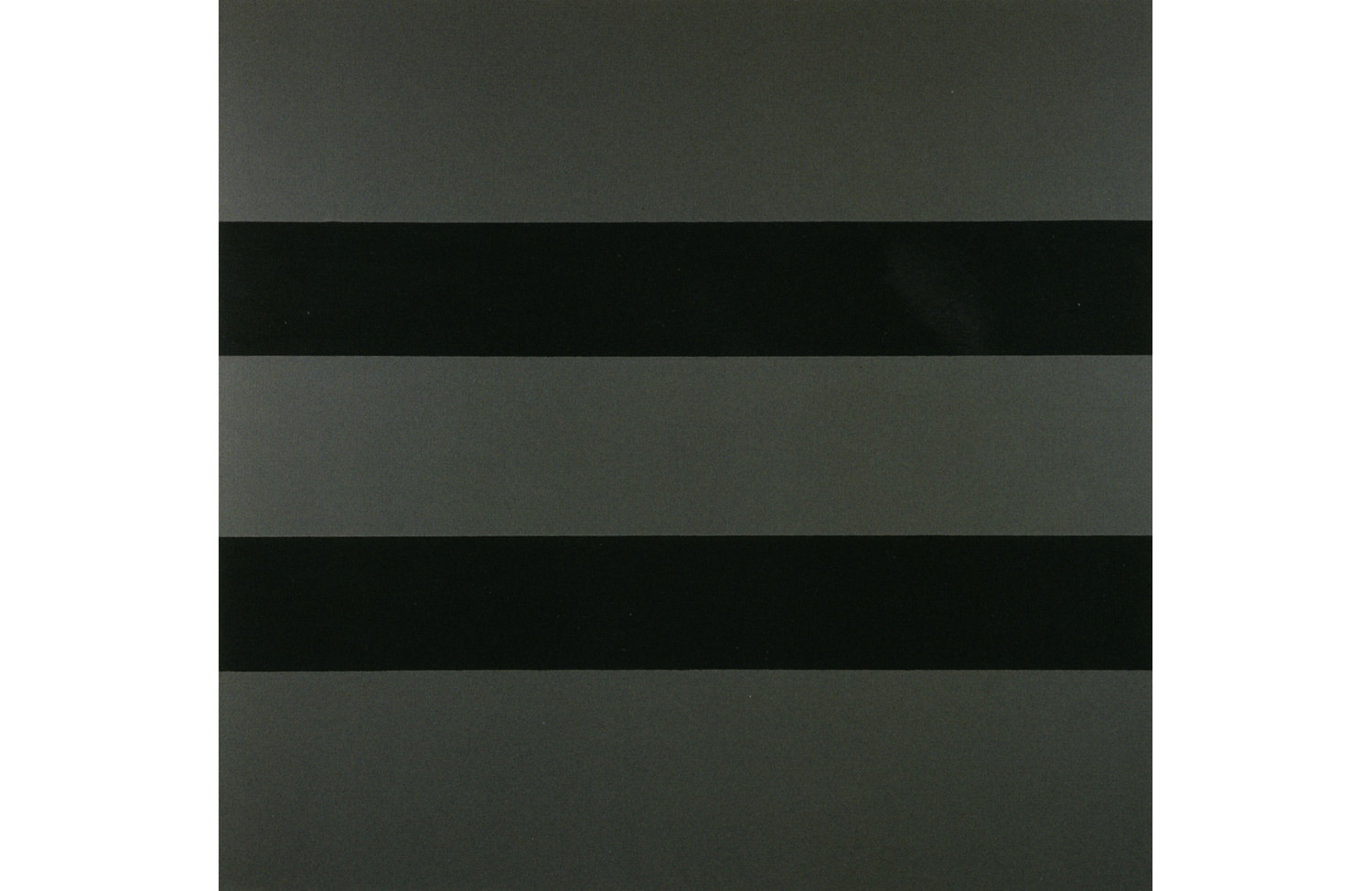 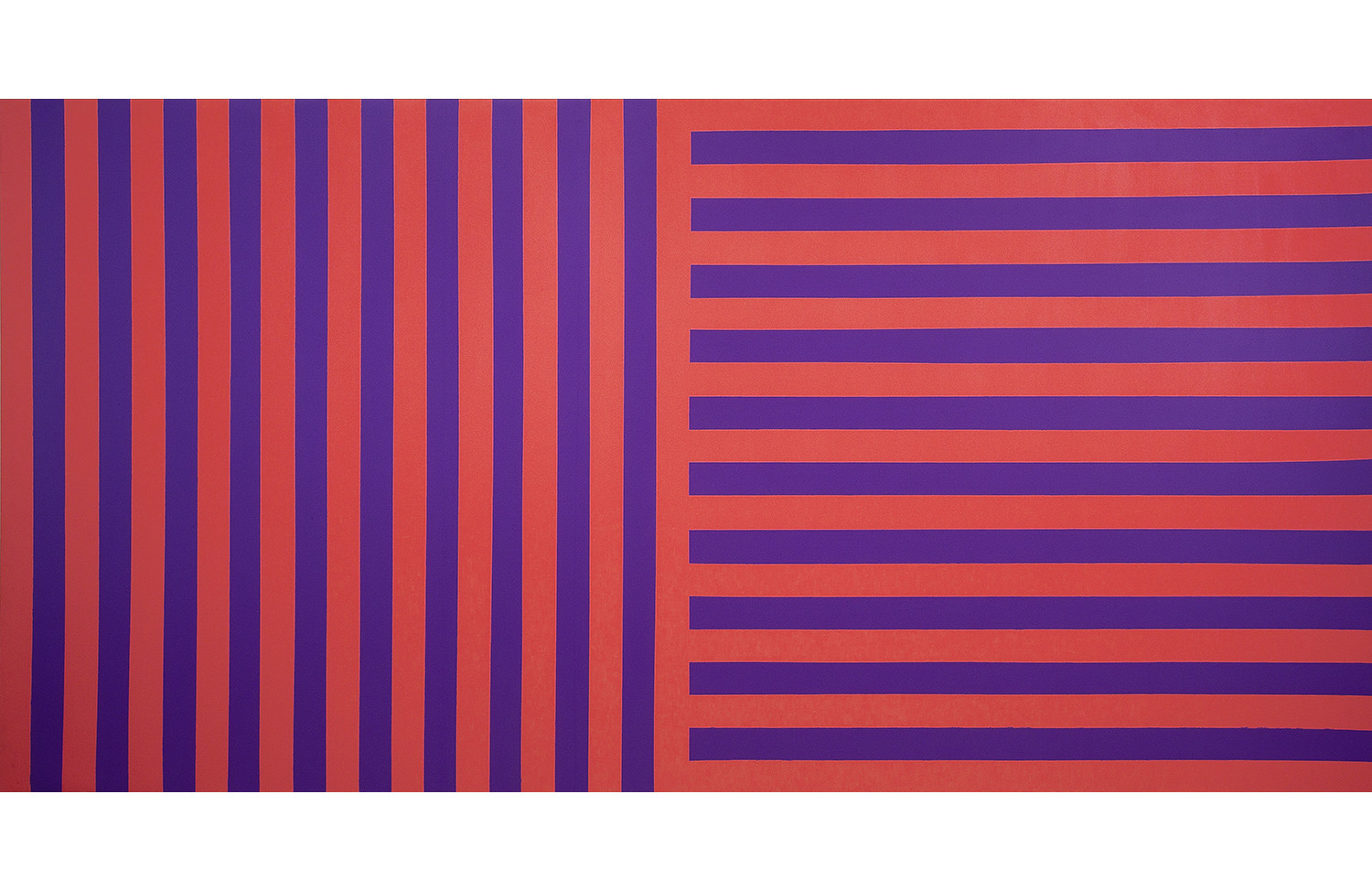 Olivier Mosset was born in 1944 in Bern, Switzerland. He was one of the members of B.M.P.T., a group based in Paris during the 1960s that questioned authorship and the elevated status of painting. They sought to democratize painting by drastic deskilling, replacing traditional painting techniques with generic compositions and gestures.

Mosset’s paintings, with their monochrome palettes, bold stripes, and stark graphics of enlarged letter forms, reveal the origin of Mosset’s compositions in observation. Mosset’s sculptures, particularly his Toblerone series, similarly enlarge familiar shapes to an almost unrecognizable degree, resulting in reduced but elegant geometric forms. Although they evoke Minimalism, these works aspire not to theoretical goals, but to social relevance.

Mosset was included in the 2008 Whitney Biennial and his works can be found in several major public and private collections, including the Museum of Modern Art, New York; Centre Georges Pompidou, Paris; Migros Museum für Gegenwartskunst, Zürich; and the Cantonal Museum of Fine Arts, Lausanne.