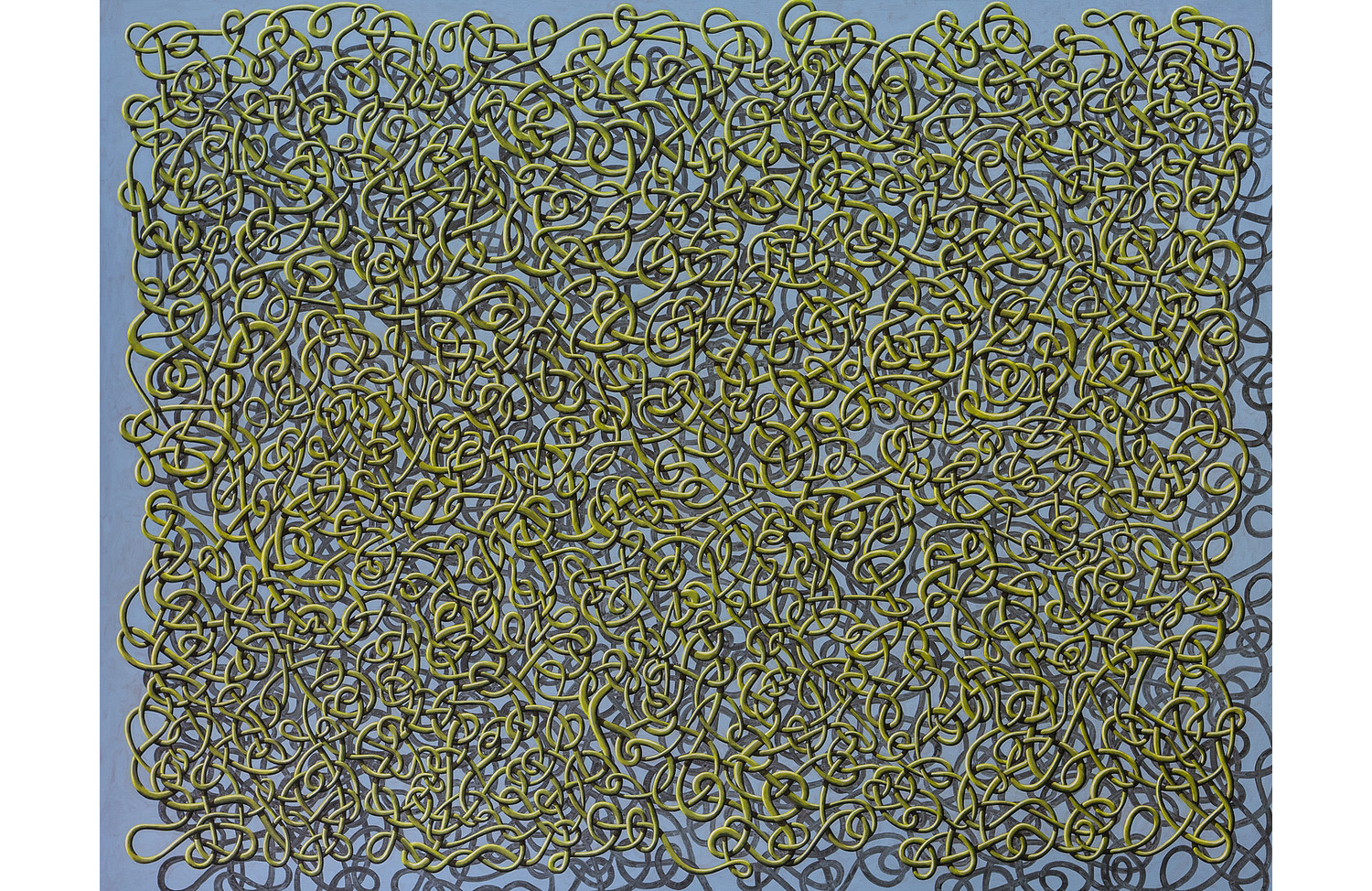 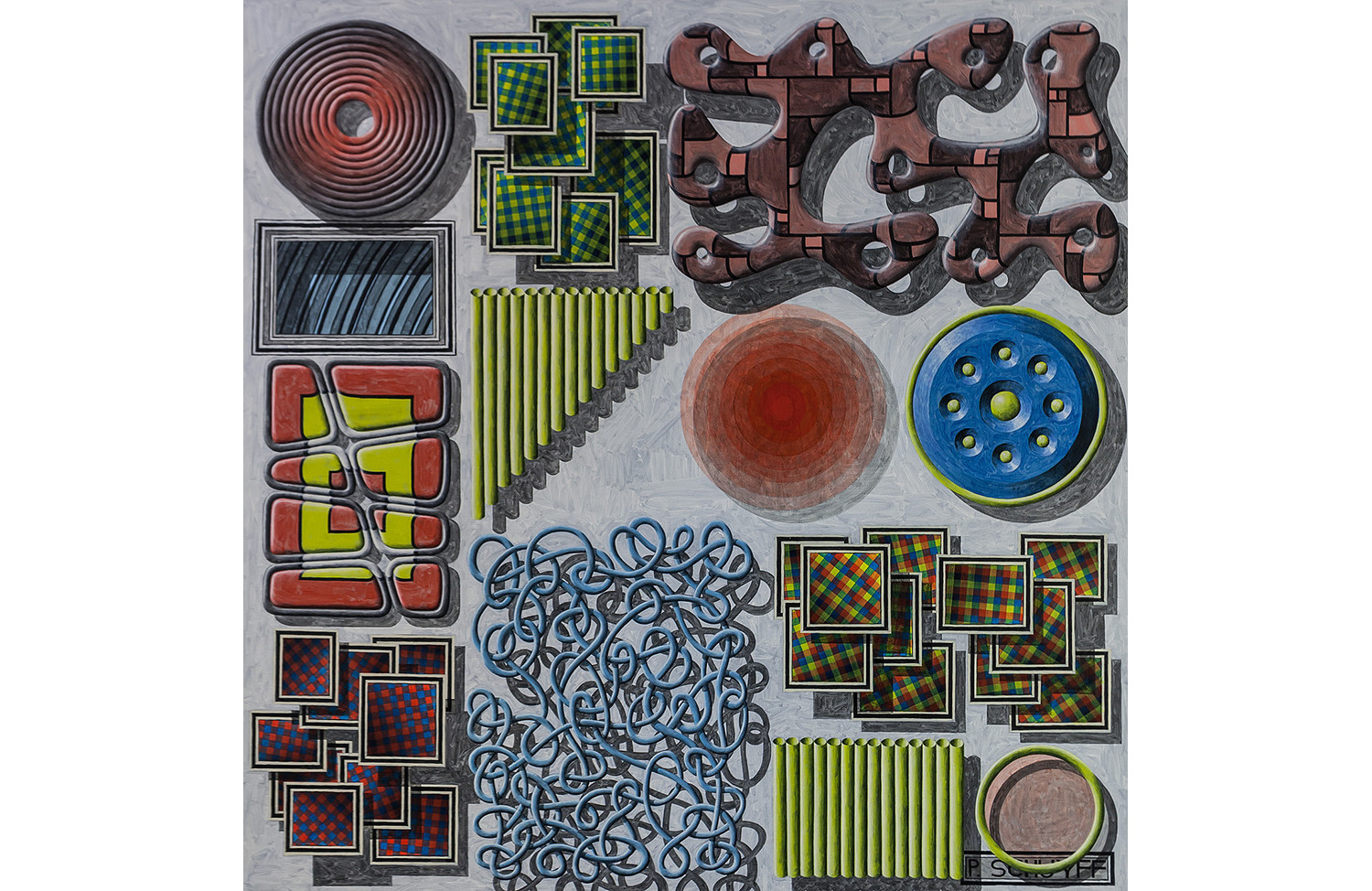 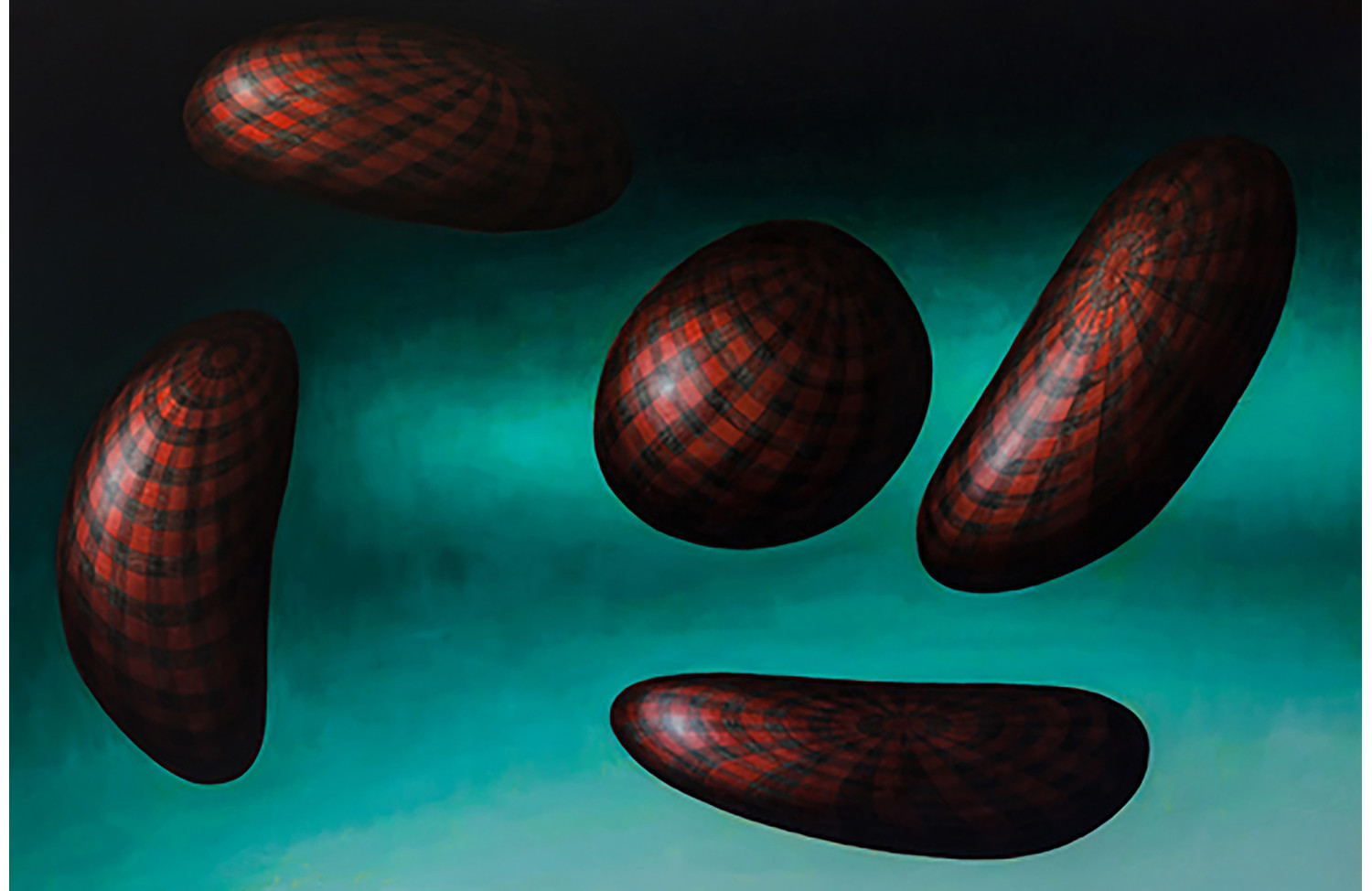 Peter Schuyff was born in 1958 in Baarn, The Netherlands. He grew up in Vancouver, Canada, and studied at the Vancouver School of Art. His work was included in the 2014 Whitney Biennial at the Whitney Museum of American Art, New York.

Schuyff’s works revolve around geometric abstraction and he was part of the Neo-Geo movement in the 1980s. His paintings depict complex, swirling geometric patterns, warped around irregular planes – images now ubiquitous in the field of computer graphics, but in Schuyff’s works, these patterns showcase the delicate nature of his technique, the luminescent quality of their surface built up through the application of numerous thin layers of paint.

Schuyff has shown at major institutions around the world, and his work is in the collection of the Museum of Modern Art, New York; Museum of Contemporary Art, Los Angeles; Moderna Museet, Stockholm; The Broad, Los Angeles; Portland Art Museum, Portland; the Dakis Joannou Collection; the Fisher Landau Foundation, New York; and the Metropolitan Museum of Art, New York.