Ed Paschke at the Museum of Contemporary Art

Included in group exhibition The Street, the Store, and the Silver Screen: Pop Art from the MCA Collection at the Museum of Contemporary Art, Chicago, Illinois.

The exhibition is organized around three separate themes that illustrate many artists’ interests during the 1960s and 1970s: the bustling energy of the street, with its preening passersby, garish signage, and automobile-centric organization; the commercialism that supported and surrounded mass produced consumer products; and the allure of Hollywood glamour and celebrity. Drawn from the MCA Collection and a handful of local loans, these works reveal patterns and preoccupations that connect artists working in otherwise distinct styles and approaches... 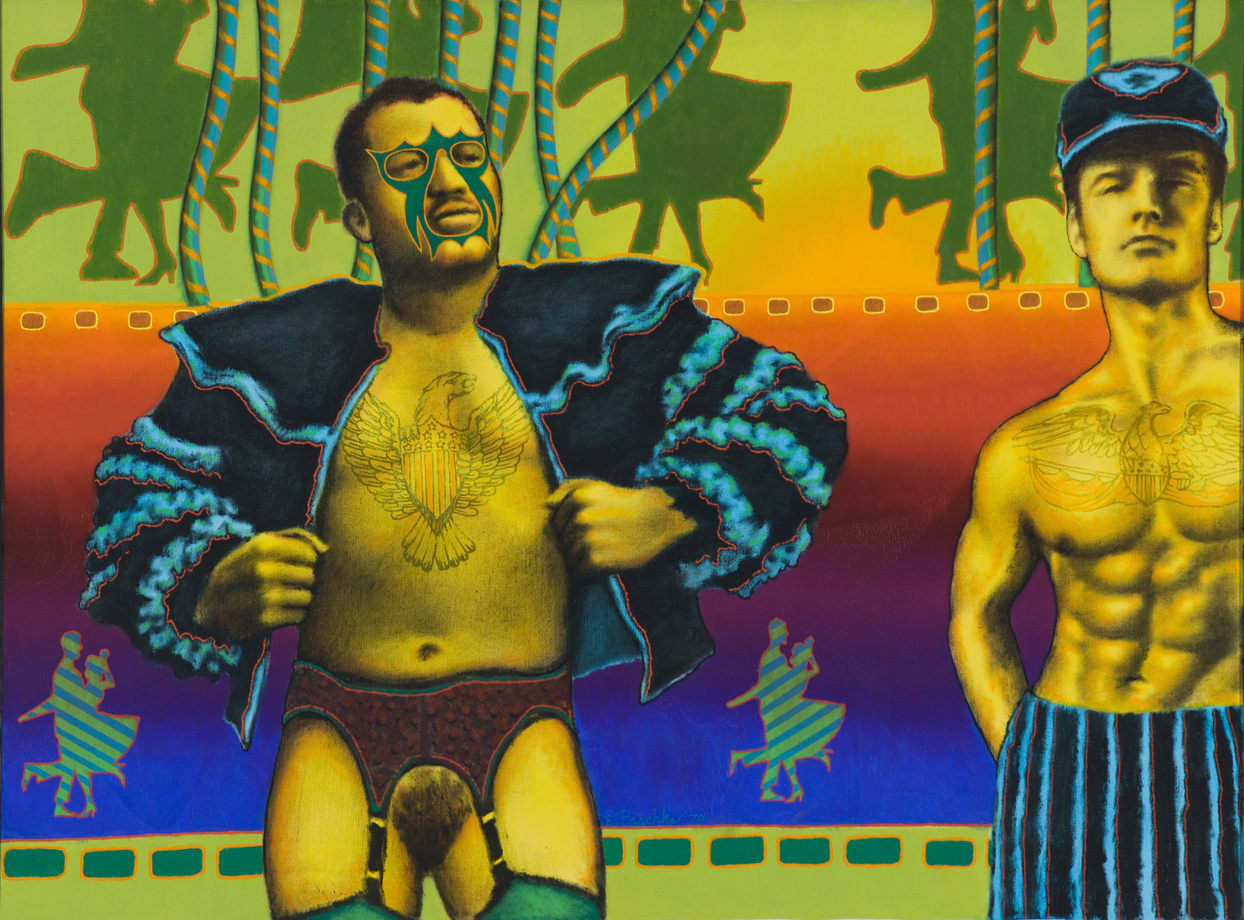 Ed Paschke at the Museum of Contemporary Art

Included in group exhibition Surrealism: The Conjured Life at the Museum of Contemporary Art, Chicago, Illinois.

Surrealism: The Conjured Life presents more than 100 paintings, sculptures, drawings, and photographs that demonstrate the deep currents that Surrealism sent through the international art world—and especially through Chicago—since its emergence in the first half of the twentieth century. A global movement that encompassed a wide number of art forms, including film, theater, poetry, and literature, Surrealism came of age with poet André Breton’s formal declaration in 1924. This deeply emotional and psychological art form flourished in the 1930s and 1940s—turbulent times of economic instability, rapidly changing social mores, and war... 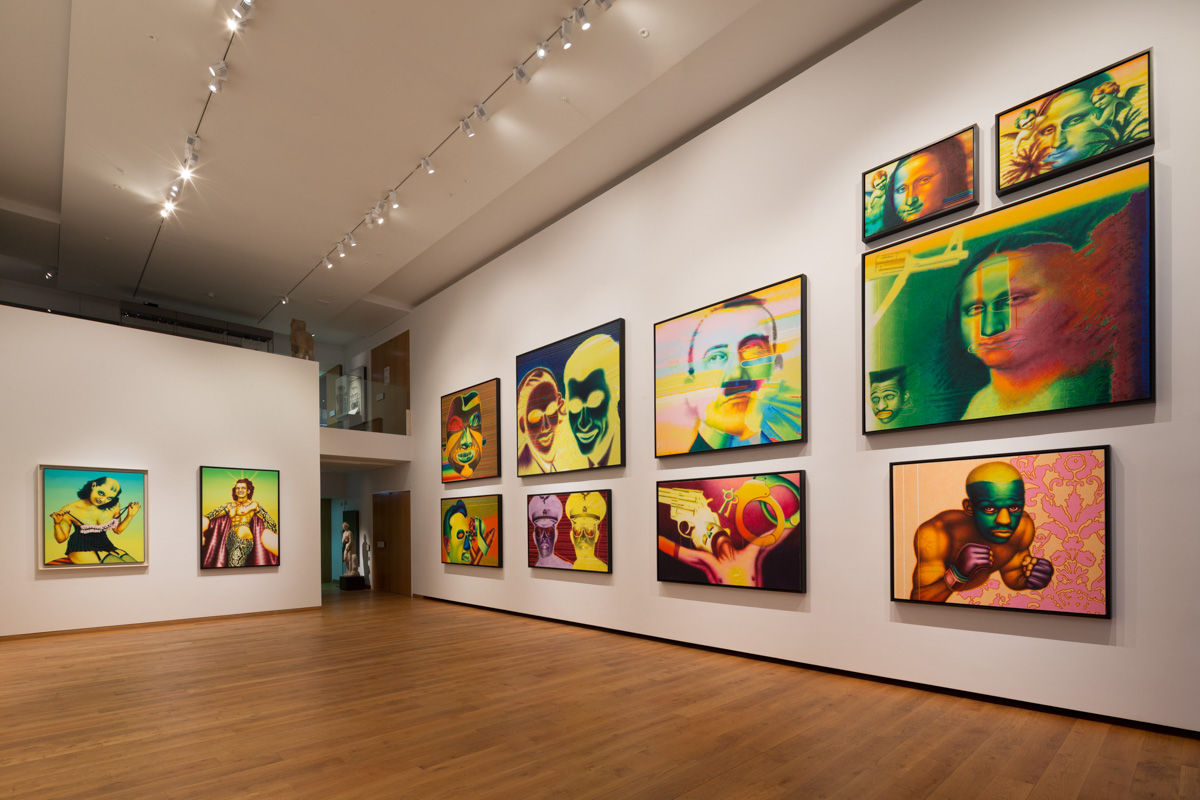 Ed Paschke at the Ashmolean Museum

Ed Paschke: Visionary from Chicago, 1968–2004 is the third in the Ashmolean’s series of exhibitions of post-war and contemporary art presented in collaboration with the Hall Art Foundation (USA). Curated by Sir Norman Rosenthal, a selection of paintings spanning Paschke’s artistic career from 1968 to 2004 will be on view.

Part of a group of artists known as the Chicago Imagists who emerged in the 1960s, Paschke (1939–2004) was strongly influenced by media imagery and popular culture – newspapers, magazines, advertisements, film and television. In works like Hilda (1973) and Mannish Boy (1970), his brilliantly coloured, provocative and surreal paintings of circus freaks, tattooed ladies, transvestites, wrestlers and hairy wingtip shoes, explore the underbelly of urban life and a dark side of Pop Art... 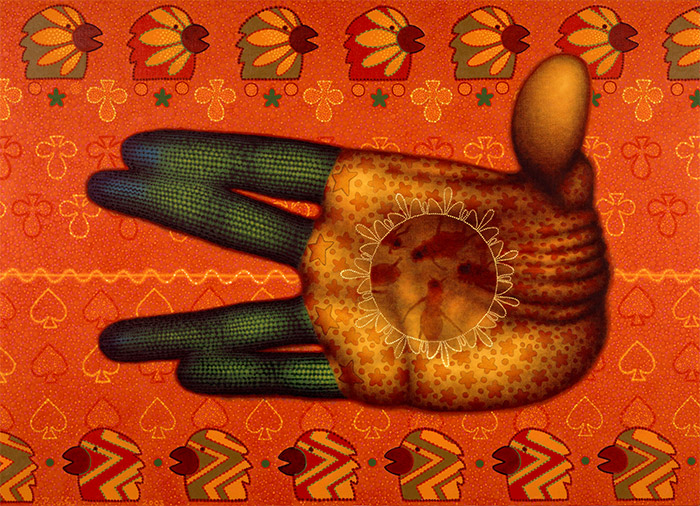 Think of Ed Paschke, the great American painter who died in 2004, was a formalist in wolf’s clothing, or the most abstract of Photo Realists. His dystopic photo-based paintings depict the denizens of a lurid dark side, where crime, race, clubs and an eerie glamour mixed with intimations of violence. Yet equally important to the tamped-down electricity of these works is Paschke’s sense of allover tautness: the shallow space, the way his images are embedded in monochrome fields of color, and his finely wrought painting technique of tattoo-like filigrees and stippled textures...