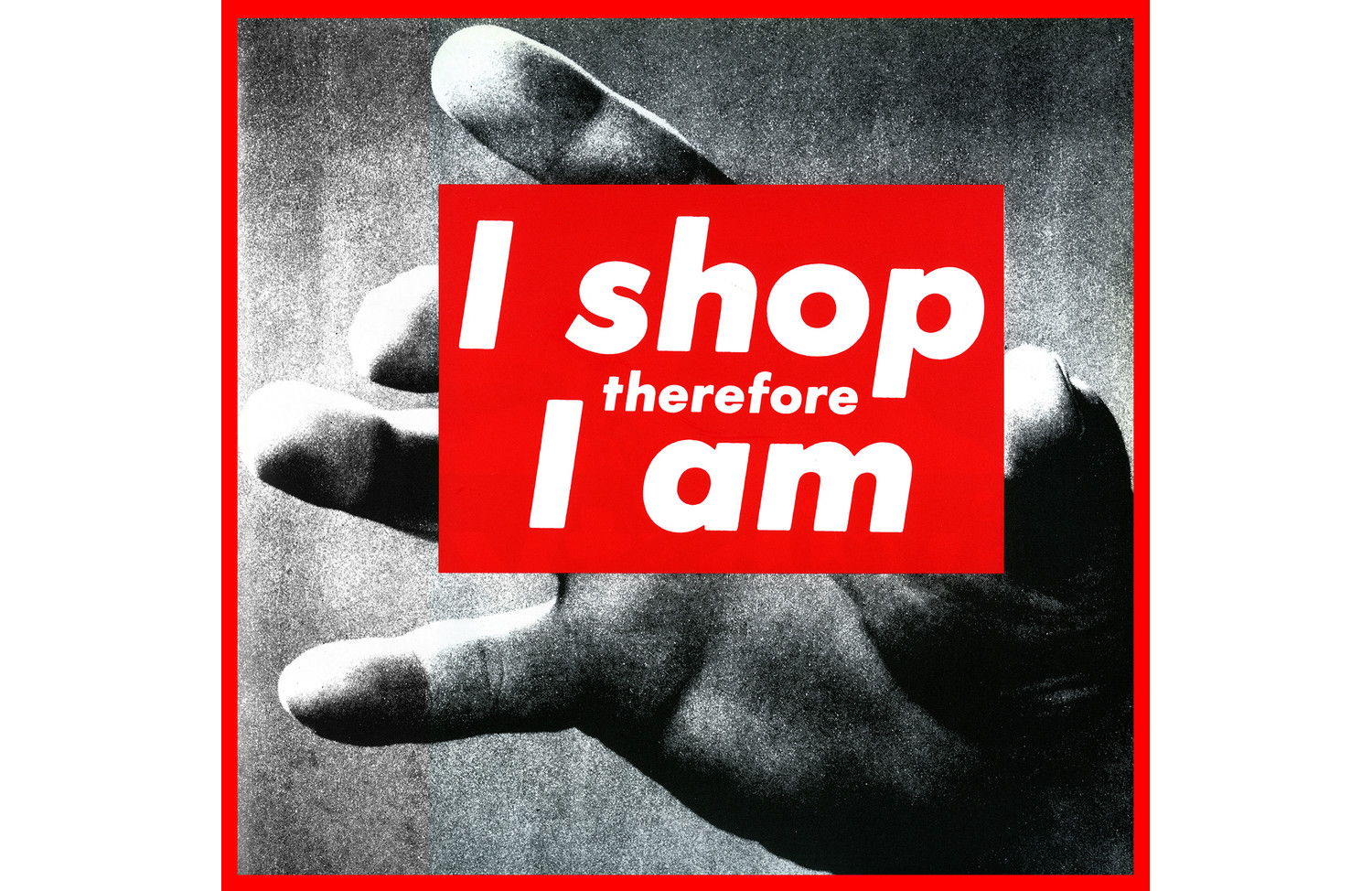 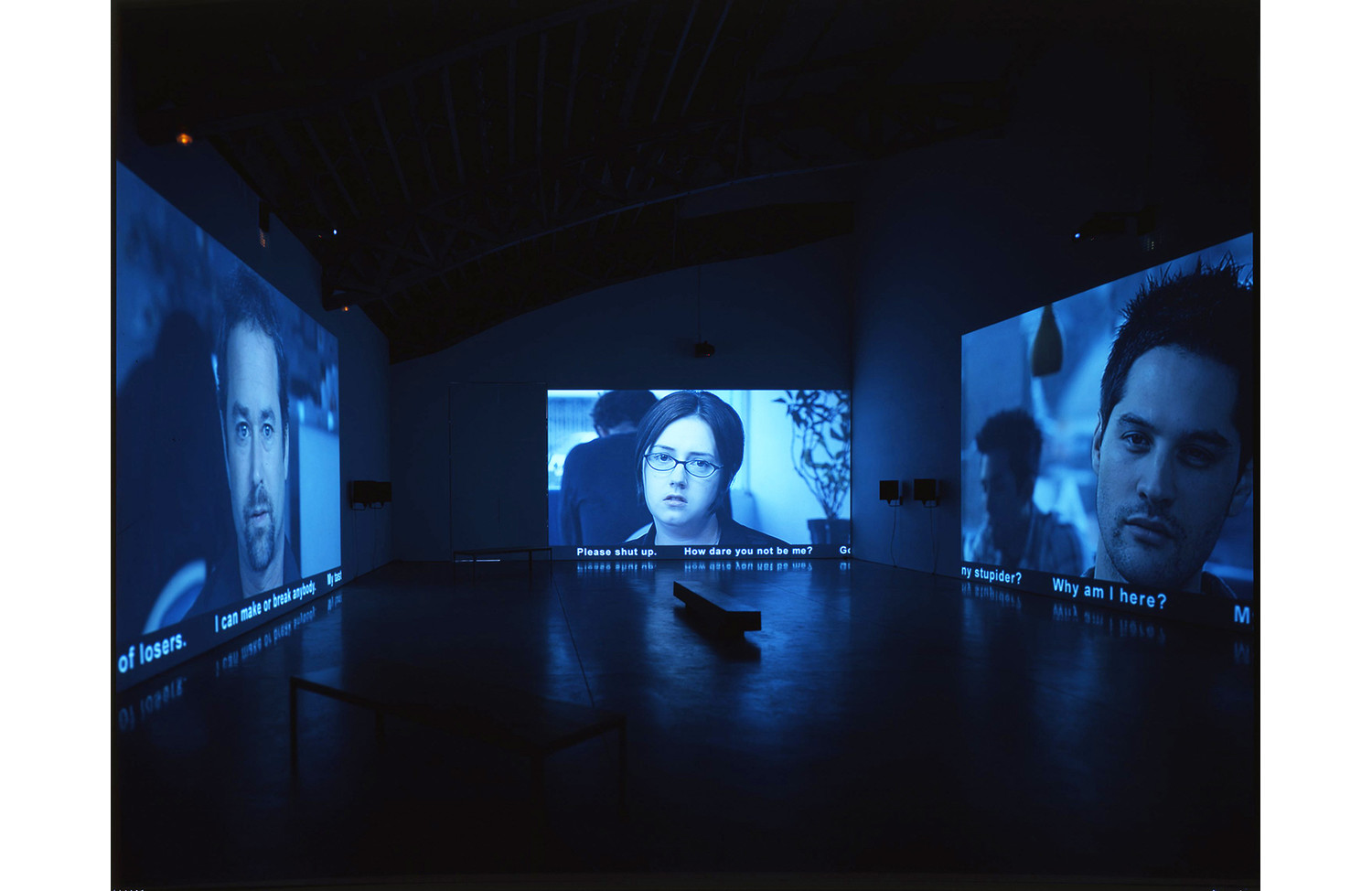 Barbara Kruger is an artist who, since the late 1970s, has explored the power of image and text. Her bold works combining black-and-white photography and white-on-red type have become icons of late 20th Century art. For forty years her work has had a broad influence on contemporary art, graphic design, and cultural discourse.

In 1991, for an Installation at Mary Boone Gallery, Kruger created a total environment of words and images covering the walls, ceiling, and floor. In 1994, Kruger refined this idea by seamlessly papering the Gallery walls, tiling the floor with engraved metal plates, and introducing a booming recorded voice-over. For a two-gallery exhibition in 1997 she exhibited life-size figurative sculpture at Mary Boone Gallery and the first of her projected light and sound installations at a project space run by Jeffrey Deitch.

In 1999, the Museum of Contemporary Art in Los Angeles organized a mid-career retrospective that traveled to the Whitney Museum of American Art in New York. Twelve, a twelve-minute DVD film comprised of twelve vignettes written and directed by Kruger, premiered in March 2004 at Mary Boone Gallery. This Installation was followed by another four-channel video The Globe Shrinks in 2010. In September 2016, a solo exhibition of Kruger’s work inaugurated the renovated East Wing of The National Gallery of Art in Washington, DC.

In June 2005, Barbara Kruger was awarded the Golden Lion for Lifetime Achievement at the Venice Biennale, where she was also commissioned to design the façade of Italy’s national pavilion.