The Hall Art Foundation is pleased to announce a group exhibition, Für Barbara, to be held at its Schloss Derneburg location in honor of recently deceased gallerist Barbara Weiss. A lifelong advocate for women in the arts, Weiss was also a friend of the Hall's and inspired the inclusion of many works by female artists in the Hall and Hall Art Foundation collections. The exhibition, curated by Leo Koenig, includes over 90 paintings, sculptures, photographs, works on paper and videos by an international and multi-generational roster of female artists dating from the 1950s to 2017... 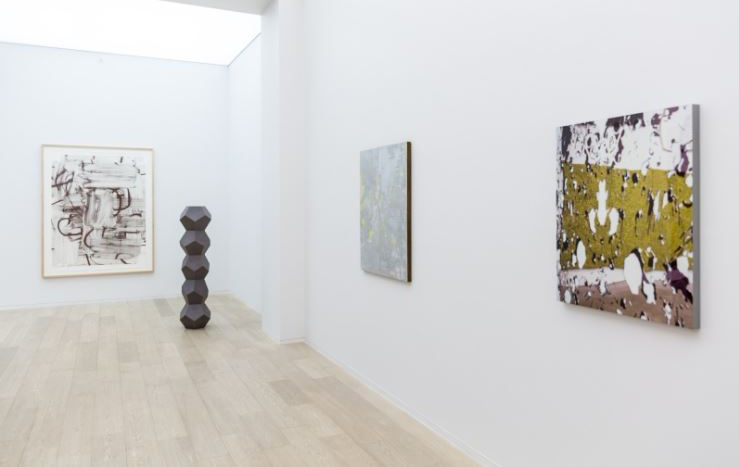 Simon Lee Gallery Hong Kong is proud to present Fractured a selected group exhibition exploring one of modernism’s most characteristic formal strategies, the fracturing of the picture plane. Just as the Renaissance development of perspective yielded the possibility of the representation of three dimensional space in a two dimensional plane, so the modernist device of splitting the picture plane by means of formal fault lines suggested the simultaneous presentation of multiple viewpoints, and opened the door to abstraction... 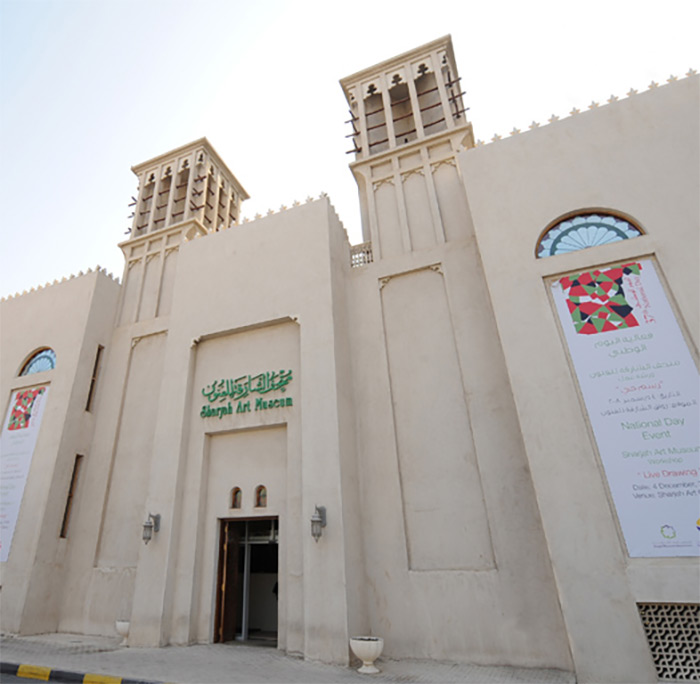 “Considering Dynamics & the Forms of Chaos” is an exhibition showcasing the work of two artists: Angela Bulloch and Maria Zerres. Their practice is brought together under one title and framed by the notion of entropy. Entropy is commonly understood as a measure of disorder. It is a key term that characterises the movement towards chaos, and it appears in a variety of fields such as physics, probability theory, sociology and information technology. Entropy is that which structures chaos. Within contemporary art, entropy has emerged to refer to installations often associated with entropic states or with representations of order, disorder and information, and their homogeneity. Through Angela Bulloch’s (b. 1966, Canada) and Maria Zerres’ (b. 1961, Germany) works, suggestions of entropy transpire in different ways and through their respective artistic forms. Inherent to both artists’ practices is a congruous representation of the idea of a movement towards chaos. 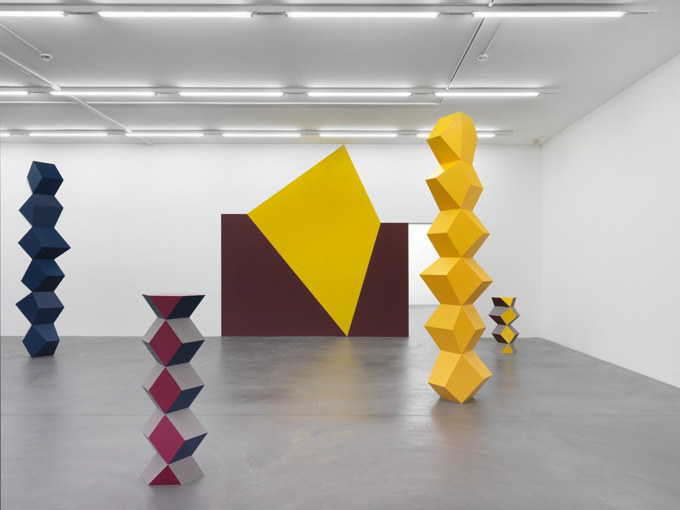 In her latest works Angela Bulloch studies how the interaction with objects structures and motivates our movement in space, as well as the differences in our perception of digital and real space. In doing so, she continues her preoccupation with control systems and the need to decipher them. Her new works include lights that go on and off, thus forcing the viewer to interact with them. Like all of Angela Bulloch‘s control systems, they constantly scrutinize the way we interact with pre-existing sign systems...